This Yuri’s Night Fun Run recap is long overdue. I ran the 10K on Saturday, March 30 as part of my half marathon training. My training plan called for a 6-mile run, and what better way to do that than run through the neighborhood where the first astronauts used to live? 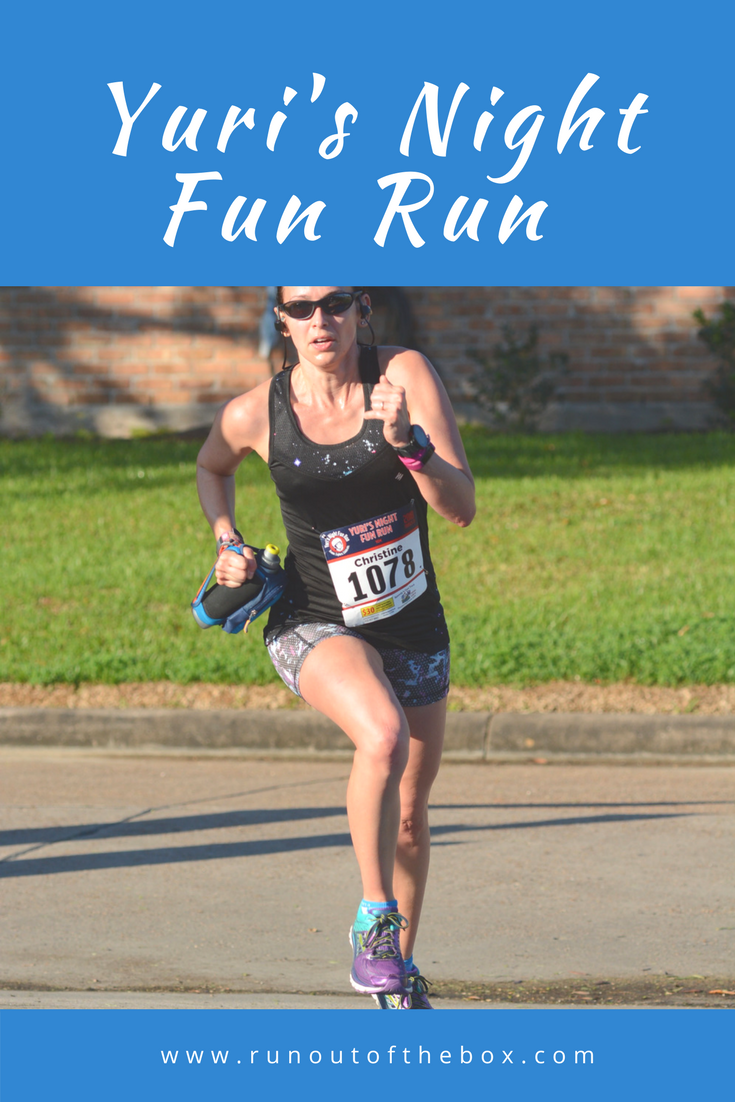 As usual, Running Alliance Sport put on a great race. We were encouraged to line up according to pace; that is, if we planned to win our age group, start at the front, and if we were slower or walkers, move to the back. This prevented a lot of bobbing and weaving, as the 10K and 5K started at the same time. When the gun went off, I planned to run this as a tempo run – it was already pretty humid, because it’s Houston, and in that kind of humidity, there’s no way I can get a PR. Plus I had completed the Jesus WOD at CrossFit the previous day, and even when you scale it, it’s still a leg-burner. But I can do a tempo run, right?

The first mile and a half of the course wound through the Nassau Bay neighborhood, not far from Johnson Space Center. During the early days of the space program, this was where the astronauts lived. Since the Yuri’s Night Fun Run is about celebrating achievements in space, the location was very fitting. Then the 10K course split off to the Nassau Bay Wildlife Park on the peninsula into Clear Creek. I loved this part. The view was stunning, and I saw wildflowers and ran over a little wooden bridge. I waved to people I knew who were running in the opposite direction. Someone called out, “Girl #11!” as I passed her (which I later learned meant I was the 11th female finisher). Since it was an out-and-back in the park, I got to run over the wooden bridge again. This time, there were some angry geese. A fellow runner kindly spooked them for me.

The Yuri’s Night Fun Run course finished by running back through the Nassau Bay neighborhood. Running Alliance Sport had thoughtfully placed signs in front of the former astronauts’ houses, along with the missions they went on.

My official time was 55:32, an 8:57/minute mile average pace. My Garmin registered a 6.4 mile run at an 8:46/mile pace. Either way, I still got a gigantic coaster medal – and somehow won second place in my age group.

Overall, the Yuri’s Night Fun Run 10K was a great race! I would definitely do it again. Kudos to Running Alliance Sport for another great time.